Prof. Mayank Shrivastava from IISc Bangalore, a recipient of Swarnajayanti fellowship 2020-21, is working on applications of emerging materials that can help computers mimic functions that the brain can perform rapidly. It can help computers perform cognitive functions, identify people from a crowd, distinguish smell as well as learn and take decisions. Since their inception, advanced computing systems have been using von Neumann architecture, which uses physically separated processing and memory blocks. While it has been the most cost-effective approach to date, physical separation of memory from the processing blocks has become the rate limiter for pushing the computational capabilities of advanced nanoelectronic systems. Besides, von Neumann’s architecture fails in real-time processing of information that human brain can process in a fraction of a second. Keeping these gaps in mind, an alternative architecture, inspired by the organization of neurons (processing unit) and synapses (memory) in the human brain that emulates brain-like computing behaviour, have been explored significantly in the last decade.A significant amount of research to understand the fundamental mechanisms of the brain and explorations of various novel memory architectures is now giving the engineering community confidence that developing systems that can mimic brain-like function is an achievable goal for the coming decades. A key element of such an architecture is a memory device called the artificial synapse, which, however, must work on biological/synaptic principles.

Professor Srivastava is exploring materials like Gallium Nitride (GaN), atomically thin two-dimensional materials like Graphene, and Transition metal dichalcogenides (TMDCs), for various electronics, power devices, electro-optic, Thz, memory, and quantum applications. Using Graphene and 2D-TMDCc, he is extending capabilities of memory devices to work on biological/synaptic principles and bridge the gap between biological neural networks and their artificial counterpart. Currently, along with his research group, he is developing few-atom thick neuromorphic circuits, GaN-based ultra-high-power devices with high reliability, and devices/circuits for operation at THz frequencies.

Prof. Shrivastava’s work has resulted in over 150 peer-reviewed international publications and around 50 patents, and he has set a GaN manufacturing start-up named AGNIT Semiconductors Most of these patents are either licensed by semiconductor companies or are in use in their products. He is also one of the co-founders of a Pvt. Ltd. As part of this fellowship, his group plans to work on novel devices emulating brain-like (computational) behaviour. This should eventually help developing few-atom thick neuromorphic circuits, which will be capable of solving several complex problems which a human brain can solve in a fraction of seconds, but a conventional computer can’t in real-time. “While several synaptic device proposals are available in literature, none helps bridge the gap between biological neural networks and their artificial counterpart. While developing systems that can mimic brain-like function is achievable, we are still too far from realizing a brain-like computational system. The present work will give a pathway to bridge the critical gaps,” said Prof. Shrivastava. 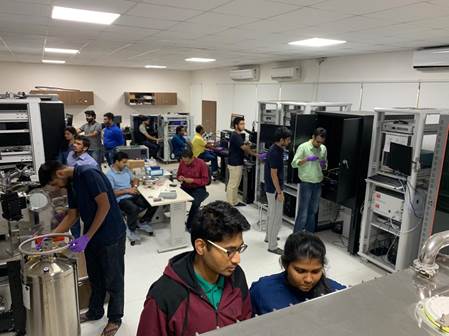 For more details, Prof. Mayank Shrivastava (mayank@iisc.ac.in) can be contacted.

Telenor teams with AWS to accelerate modernisation of telecommunications